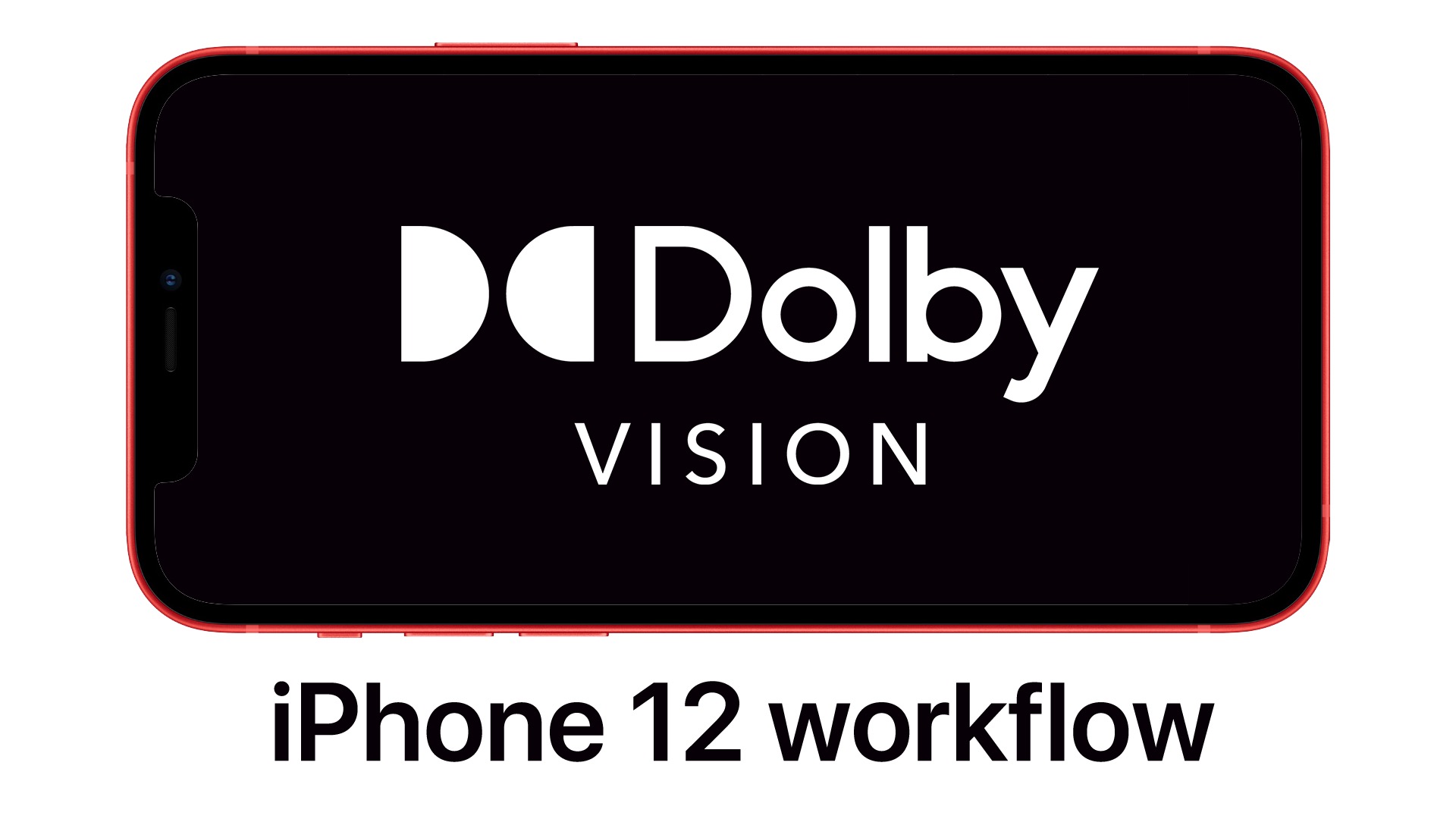 During the Dolby Summit* yesterday, I used the Q&A system them about the Dolby Vision workflow from iPhone 12 to Mac/PC. Here’s a summary of their answer:

You can’t import the phone’s Dolby Vision metadata into desktop applications. Yet.

Apple have said in their press release for the iPhone 12:

Dolby Vision grading is processed live and sustained during editing, whether in the Photos app or iMovie, and coming to Final Cut Pro X later this year.

Hopefully November will see an update for Final Cut that will be able to read the Dolby Vision (‘DV’) metadata. That metadata will ensure that footage looks good on Dolby Vision-compatible HDR displays. 80% of TVs sold in Europe have Dolby Vision.

The Dolby Vision mastering process includes automatically generating metadata for your video so that it displays well on SDR displays – such as older phones, TVs and most computers. Graders say that this automated process works for 95% of shots. The process creates colour and brightness metadata to each shot in your programme. The art of the colour grader is going through those shots, finding the 5% that need to be changed for SDR viewing and making the right changes.

To be ‘Dolby Vision compatible’ I expect Final Cut will be able to display the light and colour metadata generated by the iPhone camera app when footage is captured. It should also generate the metadata for edited programmes so that it can be modified in colour grading applications. It would be a bonus if that metadata could be changed in Final Cut too.

Apple have a December 2019 white paper on the subject: ‘HDR and Wide Color Gamut in Final Cut Pro X’. In your timeline’s Project Properties, set the colour space to Rec.2020 PQ:

Choose this option if you want to create an HDR movie with the Rec. 2020 color space and PQ transfer function (Rec. 2100 standard). This format can be used for Dolby Vision and HDR10 mastering at a later stage.

So for now, although the footage from the iPhone 12 / 12 Pro is HLG, a PQ timeline is better if you want grading applications to be able to make the most of what was captured.

I’ll update this post once Final Cut is updated.

*Dolby Summit was a streamed conference for those who make TV, films, music and video games that use Dolby technologies such as Dolby Vision for video and Dolby Atmos for audio.