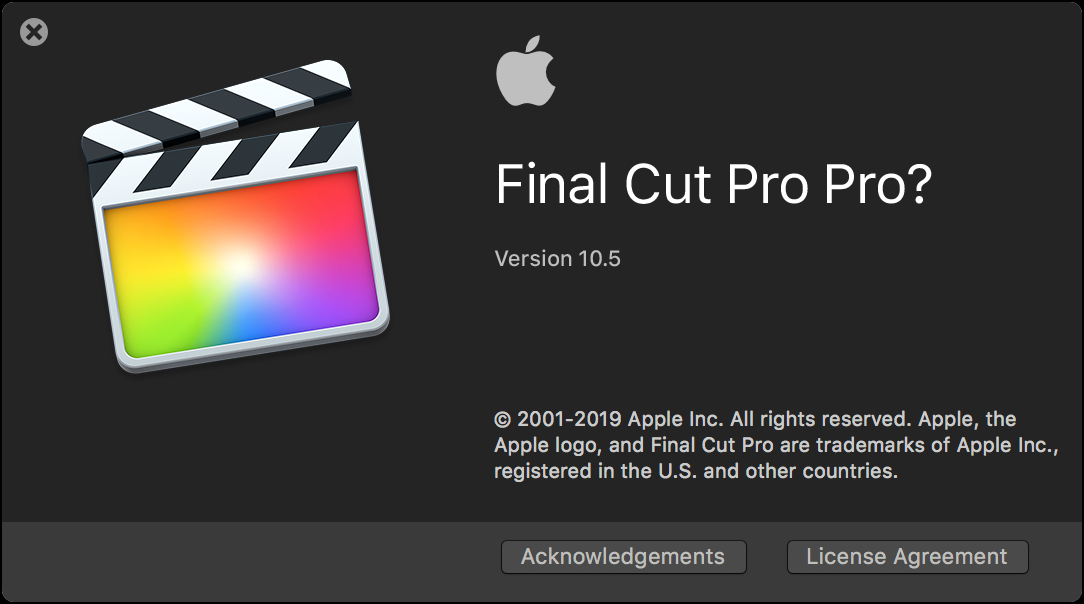 Even if the next major version of Final Cut includes every feature high-end editors have been asking for for since 2011, acceptance in features and TV might take a long time.

‘Dolomite is my Name’ is a 4K HDR feature that was edited in Adobe Premiere by Billy Fox. There is a very interesting interview on the whole process  by Steve Hullfish on the ProVideo Coalition site as part of his ‘Art of the Cut’ series.

I like the interface. I like the visual interface, the actual editing interface, the sound is very strong. For me, at least, it’s a very comfortable NLE and I enjoy it. I enjoy Avid. I enjoy Final Cut. They’re all different. They all have different flavors and advantages and disadvantages. Each project I look at and look at what’s needed for that project. This one seemed to fit very nicely for another Premiere project. We’re halfway through shooting Coming to America and it’s been great. We’re having a great time.

‘Dolomite is my Name’ is an independent movie destined for Netflix – that it is why it has a full 4K HDR workflow.

The ‘Coming to America’ sequel is a mainstream Paramount feature film. It is being shot on 35mm, being digitised in 4K. The VFX in 2K HDR (for budgetary reasons). It is currently being edited in Premiere.

Recently it seems that films edited using Adobe software are being edited using commercially-available versions of the applications. Before, I got the impression that films were edited using what I call the very exclusive ‘Premiere Pro Pro’ service – which included Adobe staff to fix workflow problems or even developers to make special builds of Premiere and After Effects. This made sense, so Adobe could make sure that higher profile productions edited on Premiere would run smoothly. The catch being that Adobe only had the resources to provide ‘PremProPro’ to one or two productions a year.

In recent years Adobe have proved the case that Premiere as available in their Adobe Creative Cloud subscription can be used to edit high-end TV and feature films.

Final Cut is a long way from having the kind of post production ‘mindshare’ that Adobe have invested in building up in recent years. They do this with regular blog posts, a Twitter account, Facebook and Instagram activity. They have people giving many public presentations all over the world.

Final Cut Pro X fans may enjoy pointing out that ‘Deadpool 2’ wasn’t edited on Premiere (unlike ‘Deadpool’). ‘Terminator: Dark Fate’ was. The Adobe case study mentions that Adobe was chosen because of Premiere/After Effects integration. This is one of many case studies shared on the Adobe site.

If Apple deliver all that high-end post needs with Final Cut Pro 10.5 update, it will take at least couple of years until Final Cut gets the kind of mindshare that Premiere has. ‘Features for features’ can only be the start. If Apple want to accelerate the process, it is time for some aggressive schemes to get the word out beyond the Final Cut bubble.

People will tell me that the Apple Video Applications team are hamstrung by wider Apple policies on industry engagement. What kind of ammunition does the team need to present their case to Apple? What do we propose? At least that promoting the Mac Pro (using Final Cut Pro X) requires different strategies than the MacBook Air range.

First item on my suggested do to list (from August 2017)? Pay editors and 1st assistant editors their normal weekly rate to learn Final Cut workflows – assuming 10.5 matches up.

When Apple announce that they are changing the way they promote and support their tools, we will know Apple is serious about Final Cut Pro in movies and TV.

Widespread MacOS installer flaw: “This copy of the Install macOS Mojave application is damaged, and can’t be used to install macOS”