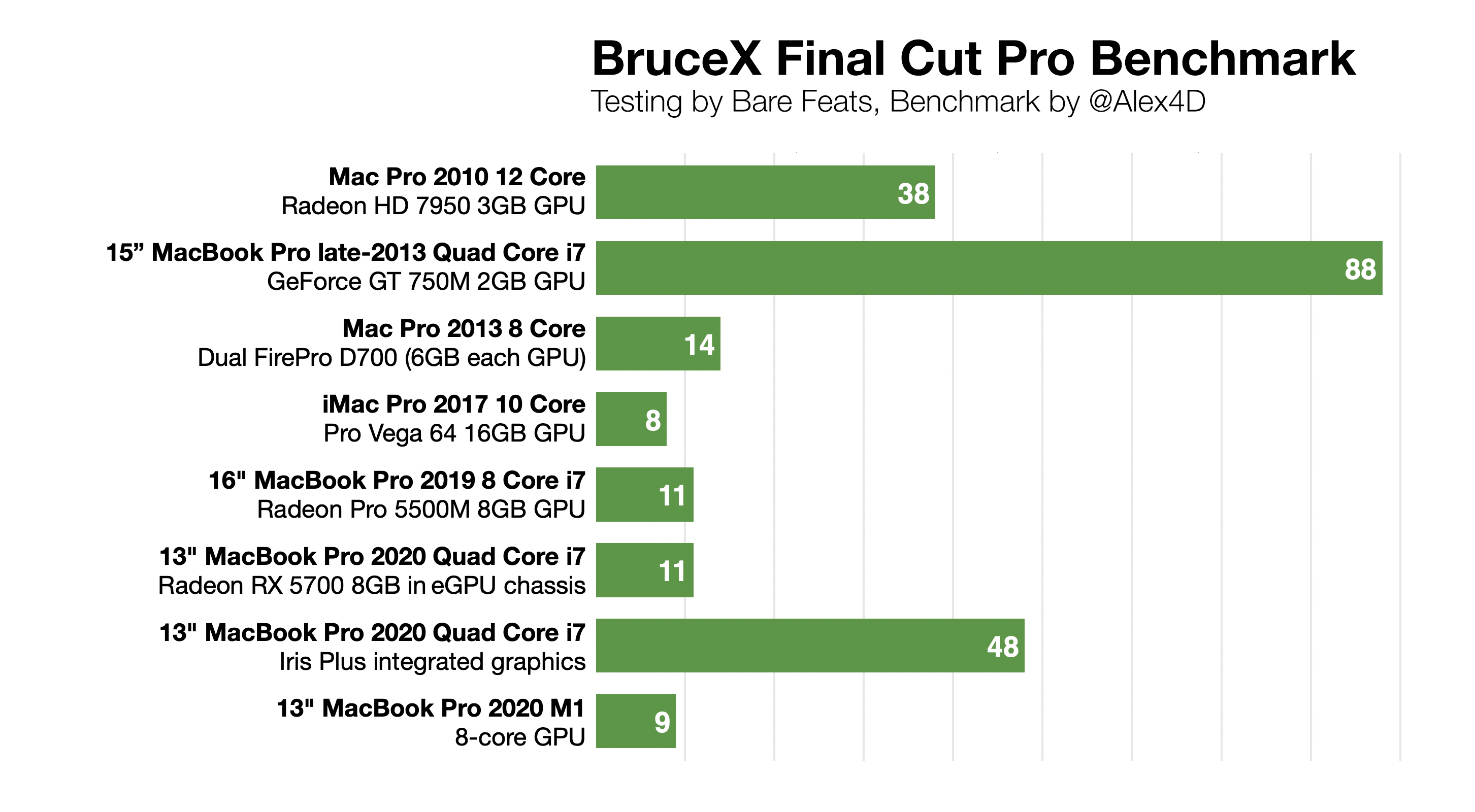 In October 2013 I published a new benchmark for video editing on the Mac: BruceX. It tests the graphics and compositing power of a specific combination of Mac and version of Final Cut Pro. It is a two second 5K (5120×2700) timeline with various Final Cut graphics generators laid one on top of the other. Exporting this timeline tests the graphics power of the Mac. This is relevant because much of the time Final Cut uses the GPU to render and composite multiple video and graphics clips together.

It is still being used today. Including for testing how fast the new M1-based Macs are.

Here is a graph that combines the results of testing Macs since 2013 by various testers over the years, mostly Rob-ART Morgan of Bare Feats

BruceX measures how long in seconds it takes to export a complex 5K timeline to ProRes.

How to add a ‘Search in iMDB’ command to your Mac