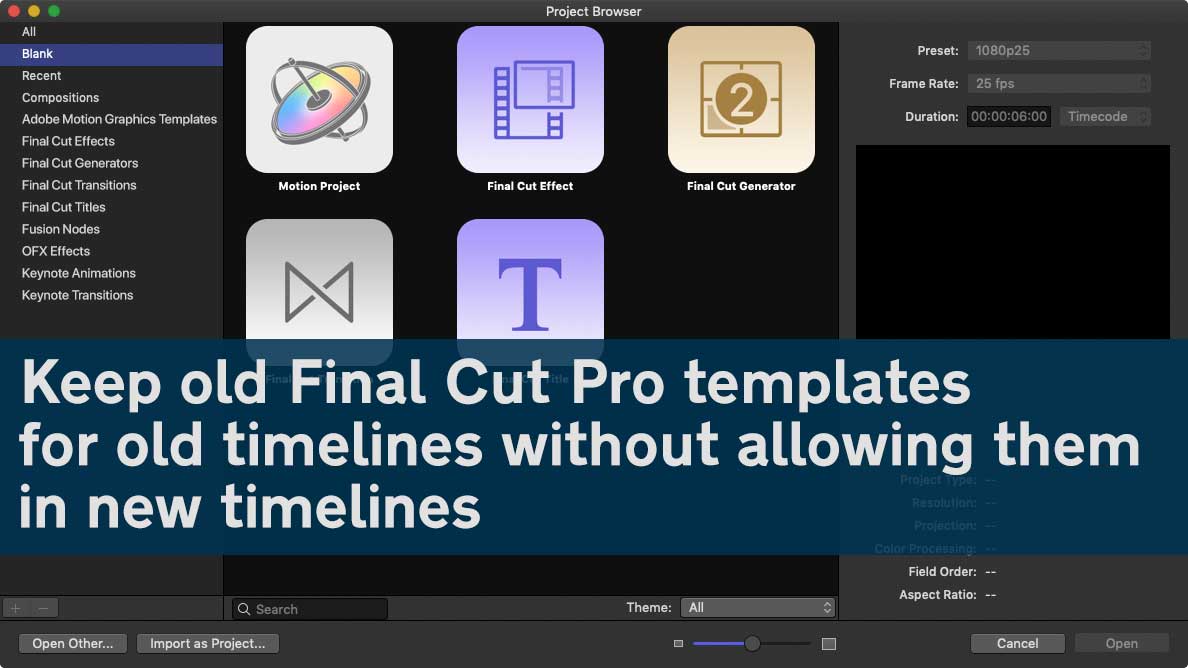 If you make a custom plugin for Final Cut Pro using Apple Motion 5, your customer might ask for an update with bug fixes and new features. There might be a problem after you deliver the second version. What happens if they open a timeline that used the first version and it is no longer on the system – having been replaced by the second version? Old projects will report that the plugin is missing, or not work the way they used to.

There is a way of deprecating a Motion template. To tell Final Cut that it can be used in previous projects but can’t be applied in new projects.

From ‘Preparing Plug-ins for Use in Final Cut Pro’ on the Apple Developer website:

When you update an existing plug-in, you may also need to deprecate the older version of the Motion template. A deprecated template is considered obsolete and does not appear in the effects browser in Motion, but it will still be applied in projects that previously used it.

To deprecate a template, open the Motion XML document and take the current value of the <flags> element (a child of the <template> element) and perform a bitwise OR operation with the value 0x2. For example, if the value of <flags> was previously 1, it would now be 3:

This means to deprecate a template you made in Motion, open it with a text editor and edit the <template> section so that the value of <flags> is 3.

To add your own <template> section, in your text editor, search for <build> and add this before it: