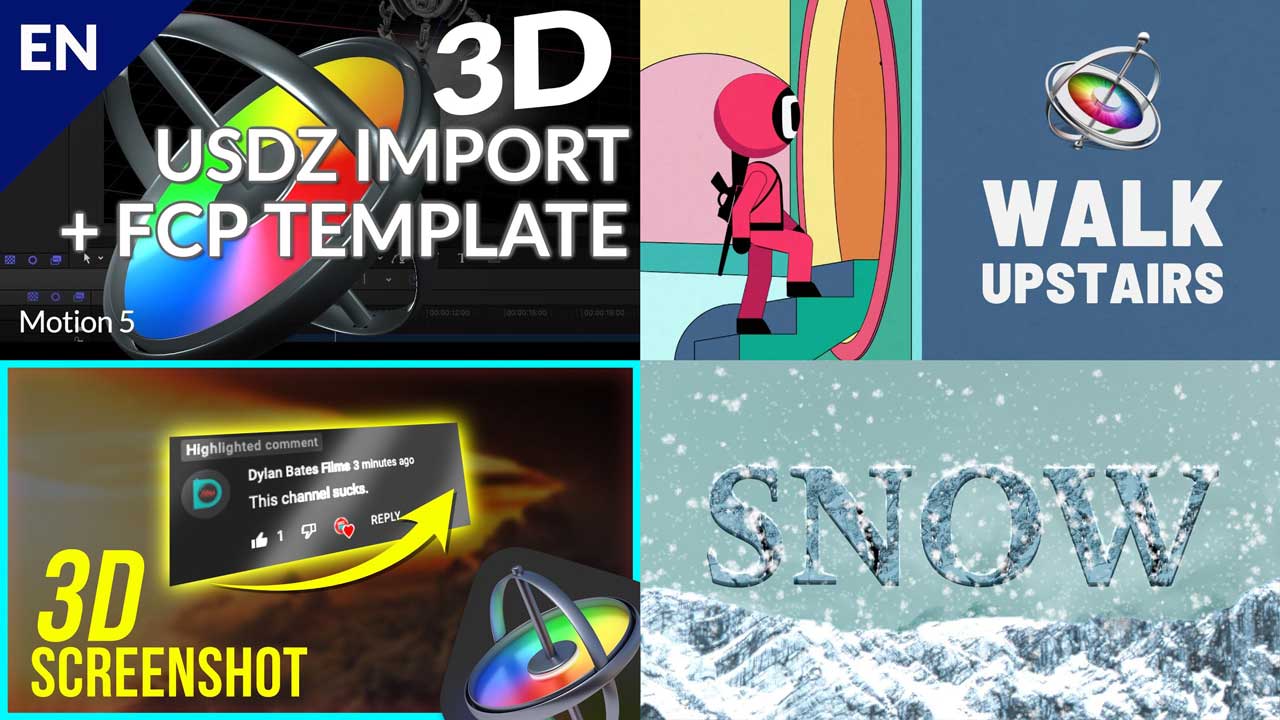 Here’s a roundup of what happened in the world of Motion 5 – Apple’s $50 real-time motion graphics application – during November 2021:

Motion 5: A Deep Dive into USDZ and How to Create a 3D Template for Final Cut Pro

Robin Kurz of POST-PROfessionals spends 14 minutes going into detail on how to work with 3D models in Motion 5. Topics he covers:

This video (like all the videos on their channel) is also available in German.

How to Create a Walking Upstairs Animation – Apple Motion 5 Tutorial

In this 70 minute video, Simple Video Making shows how to make an animation loop of characters climbing stairs – inspired by scenes from the ‘Squid Game’ TV show. As well as showing all the stages of building the animation, the 24 frames per second project is available via a link in the video description.

Simple Video Making show how to make an animation of a paper plane follow a path of your choice in Motion 5.

In this 22 minute tutorial, The Final Cut Bro shows how to make his version of the intro used by YouTuber MKBHD. Topics he covers include

In this nine minute video, The Final Cut Pro shows how to use Motion 5 make a Final Cut Pro Title that allows you to position screenshot elements in 3D space and animate them on and off the screen.

This 72 minute introduction to Motion 5 from MJW Media Studios shows how to use to make titles and generators for Final Cut Pro and to make animations for use in other video editing software.

This 30 minute advanced Apple Motion 5 tutorial from Motion guru Simon Ubsdell shows how you can make snowflakes land on objects or text of your choice. The video description includes a link to the media assets used in the Motion project that he builds.

Jenn Jager shows how to take a 2D logo and extrude it in Motion 5 so that it can be animated in 3D – without having to build a custom USDZ 3D model.