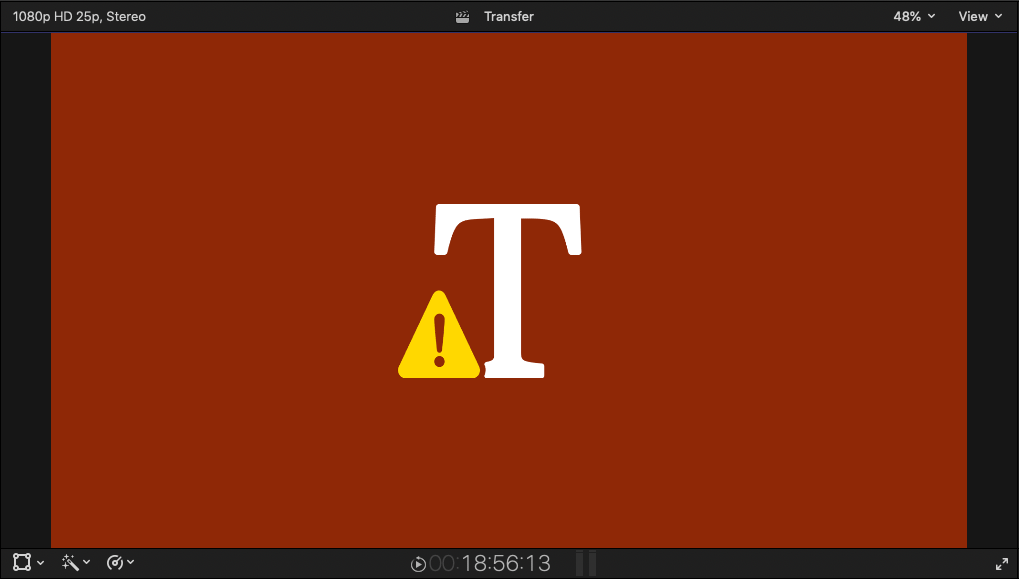 When collaborating with other editors, sometimes there can be problems getting their title, effect, transition or generator plugins working on your system.

Motion 5 can’t save its documents so as to be compatible with older versions of Motion or Final Cut. Fortunately Motion stores its documents in XML format (known as OZML) that can be opened, edited and saved using any text editing application.

This means you can fix the problem of Motion templates newer than your version of Final Cut by making a simple change to the text in the template.

This method is useful if you are building Apple Motion 5 plugins for a client whose Macs are using an older version of Final Cut.

Motion 5.6 templates start with this text:

If you want those templates to work in Final Cut Pro 10.4.10 (for those who want their Mac to remain running macOS Mojave 10.14), you need to use a text editor – such as TextEdit – to change the first few lines so it looks as if it was saved by the version of Motion available when Final Cut 10.4.10 was introduced: 5.4.7.

So which numbers for ozml version and displayversion work with the version of Final Cut you have?

You can find out in this table that you can read on fcpxtemplates.com:

Use the second column to look up the version of Final Cut Pro you want the template to work with. Use the fourth and fifth columns to see which values of ozml version and displayversion to use.

As well as a post on this subject, fcpxtemplates has generously made a Motion Template Backdater web service that can make the required text change to Motion templates. Upload the title (.moti), transition (.motr), effect (.moef) or generator (.motn) and pick which version you want to backdate the template to from the popup menu.

Increasing the audience for your Motion templates

You can edit the plugin so it looks like it was generated using an older version of Motion than the one associated with the Final Cut Pro you have if you want to make sure people on older versions of Final Cut will be able to use your template.

So, if your template doesn’t use features introduced to Motion since version 10.4 of Final Cut, you can use these first few lines:

…a change which Apple’s TextEdit application will sometimes automatically make.

Either go to TextEdit Preferences and uncheck ‘Smart quotes’ or copy one of these lines depending on which version of Final Cut you are using: