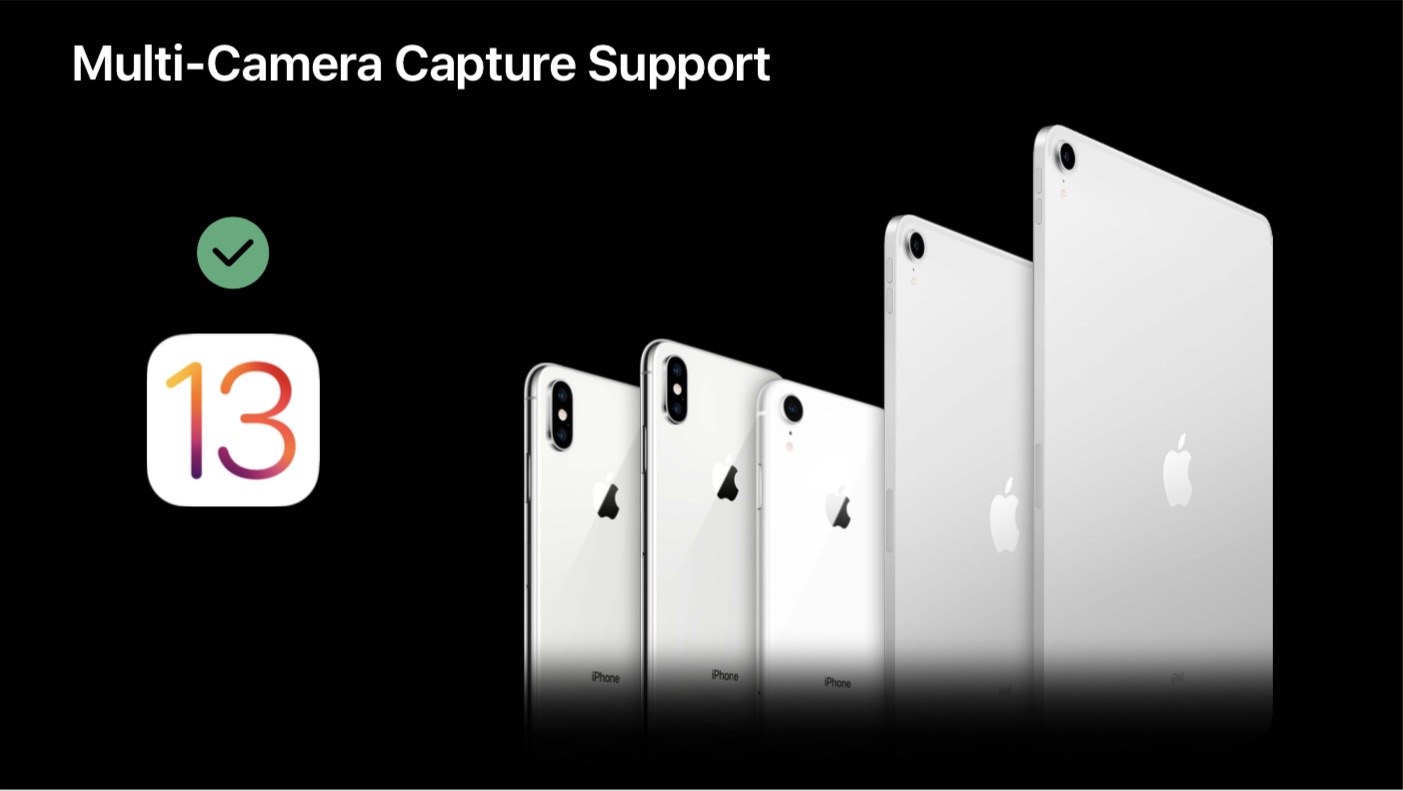 During today’s September 2019 special event, Apple showed an upcoming version of the FilmicPro video camera app running on the iPhone 11 Pro Max (at 1:28:14).

It turns out that this feature should also work on the iPhone 11 and last year’s phones and the iPad Pro as well.

We do it on all recent hardware, iPhone XS, XS Max, XR, and the new iPad Pro.

This is a pro feature that can be implemented by pro applications running iOS 13 should developers invest their time.

I expect the slower CPU in last year’s devices would mean that applications would only be able to do this in HD and HD, not 4K and 4K. The WWDC session included an example where the front camera recorded 30fps at 640×480 while one of the back cameras recorded 60fps 1920×1080.

I wonder if the CPU in the iPhone 11 range could record three angles at HD at lower frame rates. I’m looking forward to developers discovering what the new hardware can do!

Widespread MacOS installer flaw: “This copy of the Install macOS Mojave application is damaged, and can’t be used to install macOS”