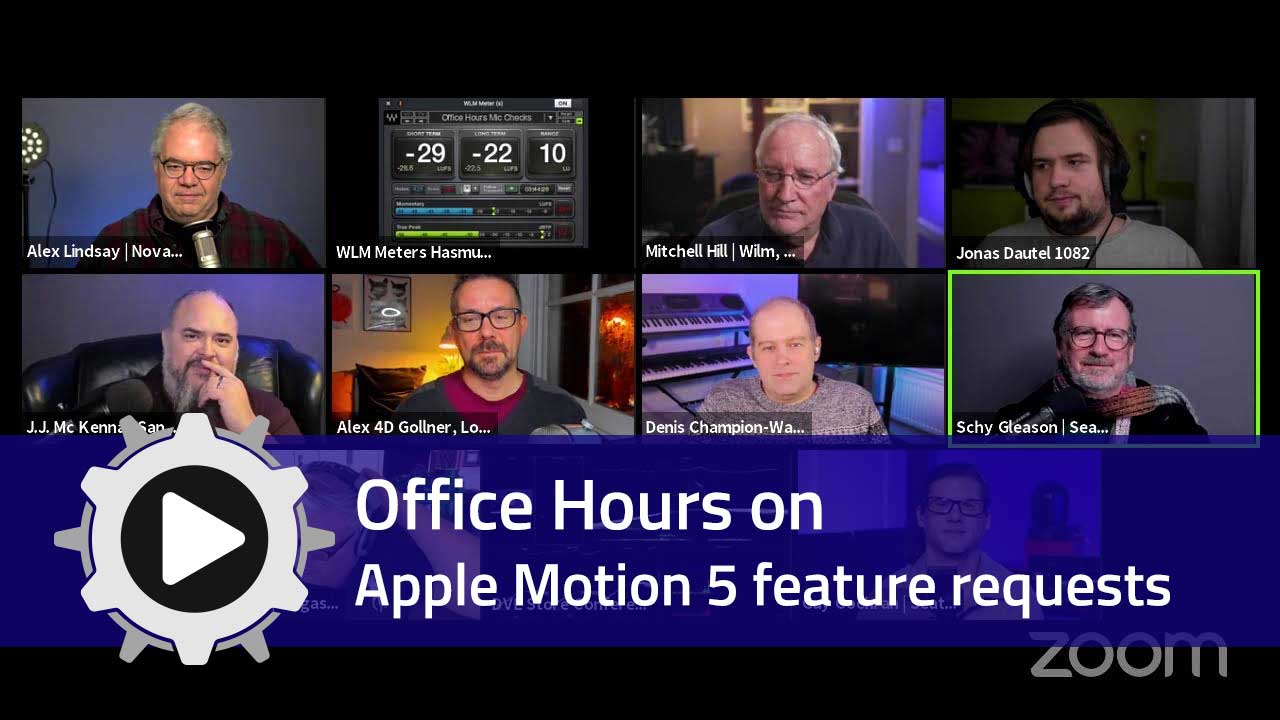 This excerpt from Office Hours is a short discussion about Apple Motion 5. I asked Alex Lindsay what features he would like to see in Motion that would appeal to those running live streaming events ([1:25:28] into this YouTube video).

True frame sync – playing back at exactly 29.97 frames a second.

The number one thing a layout system needs to do is not lose a frame.

I think that means it would be useful if Motion could have a profiling feature so that it could estimate whether or not it can stick to the frame rate required. Or a record of what the frame rate actually was while a project was playing back – beyond the ‘FPS’ readout at the top of the viewer.

Alex went on to say that he thinks that achieving true frame sync is such a tough problem that Apple won’t assign the required engineering resources to it.

We then moved on to how Apple’s Keynote presentation application could be integrated to Apple Motion 5.

Office Hours is a daily conversation and continuing community about online events and the future of media. I wrote about it ‘Office Hours: The media and digital event community’.