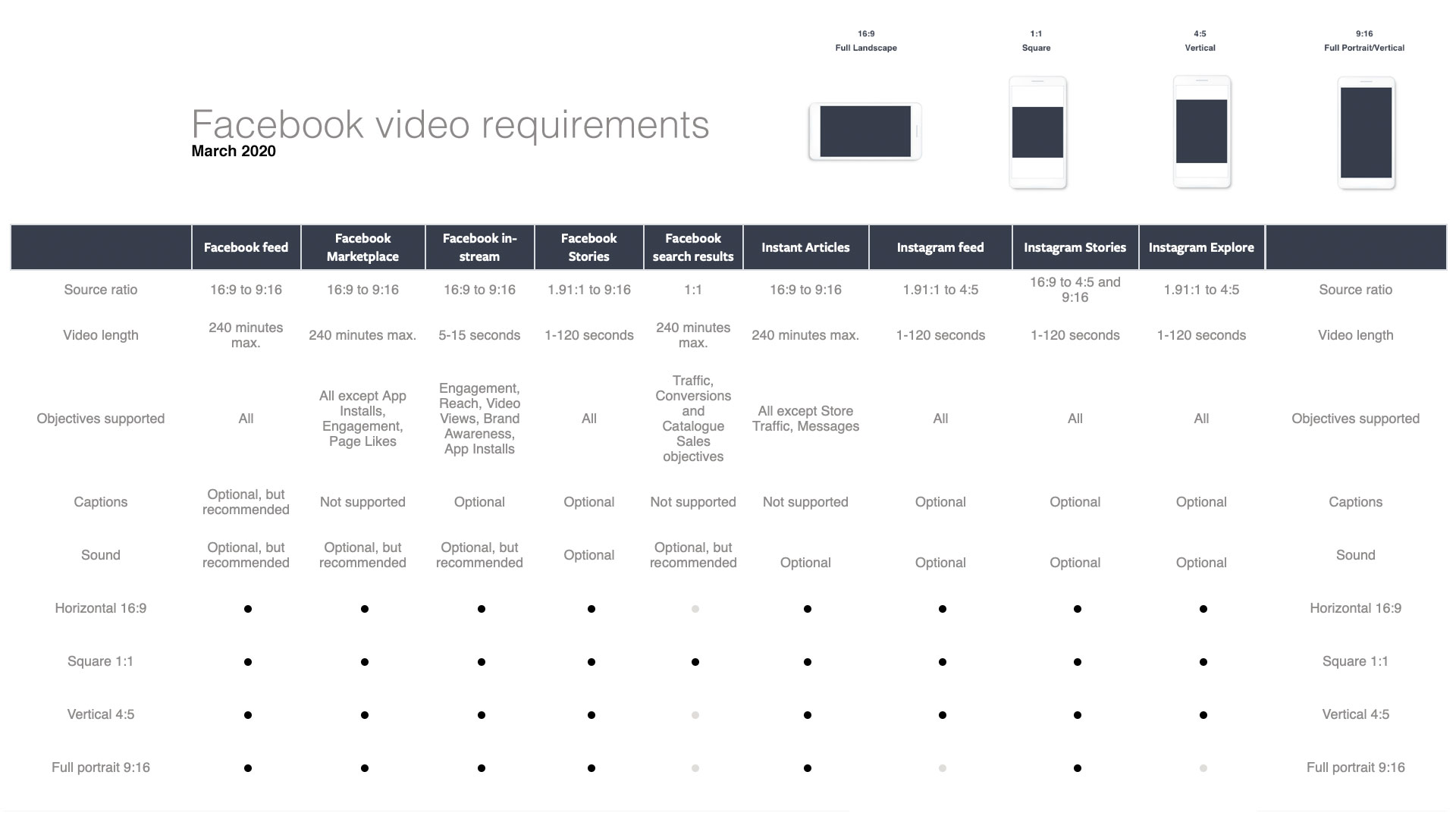 Many experienced film makers decry vertical and square video. The fact is, millions of people watch stories that way on their personal devices. Facebook is now not just ‘social media’ – it is ‘media.’ 20 years ago editors started to deal with other aspect ratios than 4:3. Here’s the specifications from Facebook on the various aspect ratios their platforms work with:

View in new window or see current page on the Facebook site.

If you aren’t working in non-16:9 now, you will soon, or at the least need to prepare your work for others who will.

1:1 and 9:16 video are likely to become more popular, so learn to be effective in these aspect ratios!

Updated to add: Chris Roberts wrote an article earlier in 2017 on how to make 1:1 videos using Final Cut Pro X.

These are the ratios, but what resolutions should you encode your videos?

In nearly all cases the smallest dimension being 1080 pixels should be fine:

Facebook page and group headers are different. These are videos that can be used as animated or video headers on your personal page, on Facebook groups or Facebook pages.

Facebook recommend that you upload videos for page and group headers at a resolution of 820 x 462 (which is 16:9). The duration must be between between 20-120 seconds. The uploader will complain they you submit a video that is shorter than 20 seconds long.

In the Facebook app on phones, header videos will be displayed at 16:9. The catch is that in web browsers the header will be centre cropped vertically to an aspect ratio of roughly 16:6 (actually 820 x 312). That will crop off the top 16% and bottom 16% of your header video.